At Mantua, last round of the “Internazionali d’Italia MX”, Forato classified 5th overall in the MX2. Adamo, who made two solid races, entered in the “top 10”. Horgmo was quick but he was penalized by a crash in the “Supercampione” race.

After the run-in Sardinia with the two rounds at Riola Sardo and Alghero, which were raced in quite springy weather, the “Motocross Circus” went back to the cold of North of Italy. The circuit designed for the last chapter of the “Internazionali d’Italia Motocross Eicma Series” was the “Città di Mantua” international track, which is located just outside the city of Lombardy.

SM Action GasGas Racing Team Yuasa Battery could not miss the opportunity of a new challenge in the tight MX2 class, and it deployed its three riders Alberto Forato #303, Andrea Adamo #80 and Kevin Horgmo #24. 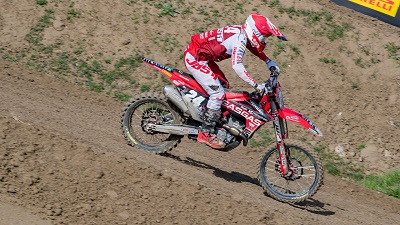 At the end of morning’s Timed Practice, with the riders divided into two groups, once again was the Norwegian Horgmo who shined with the 5th fastest lap time. A little bit further back there were Forato and Adamo, 9th and 10th respectively.

At the beginning of the MX2 race, Adamo had the best start with its GasGas #80, as he was 8th after lap 1. Horgmo was behind in 14th place while Forato, who made a small mistake, was 31st. Lap by lap, Andrea kept a good race pace, he gained a few positions and he finished one place behind the “top 5”. Great progression by Horgmo instead, as he quickly entered the “top 10” during the first laps and then moved up some more places with a great 5th final place. Good comeback for Alberto too, who was penalized by a bad start, as he entered the “top 20” and finished 15th, securing a place in the “Supercampione”. At the end of the Championship, the three riders of SM Action GasGas Racing Team Yuasa Battery classified in this order: Forato 5th, Adamo 8th and Horgmo 13th. 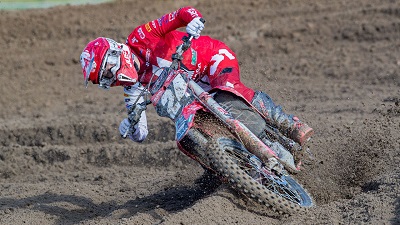 In the “Supercampione” race, all the riders of SM Action GasGas Racing Team Yuasa Battery found a place in the “top 20” straight away, with Horgmo 9th, Adamo 14th and Forato 15th. When everything seemed to be alright, though, Horgmo was forced to retire for a small technical issue at its GasGas, so he lost his 7th place. The race ended with Adamo in 8th position ahead of Forato in 9th. In the General, Classification Forato gained a place in the “top 10” as he positioned 8th. Adamo and Horgmo finished in the “top 20” in 13th and 17th place respectively. 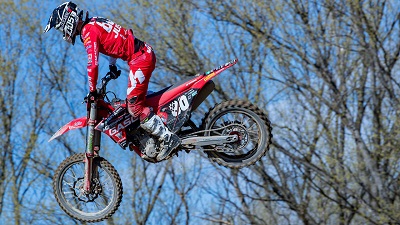 The “Internazionali d’Italia” have finished, so the next appointment of the season will take place on the 10th and the 11th of April when the SM Action GasGas Racing Team Yuasa Battery will go back on track for the first round of the MX Prestige Italian Championship at Maggiora (Novara, Italy) circuit.

Andrea Adamo # 80: "It was a decent day. In the first moto, I got a good start but the bike had a set-up that I really didn't like because we were trying something new but the road wasn't the right one. I was not feeling well and I did not have a good 'feeling' in the driving, as a result, I struggled the whole heat. In the Supercampione we changed the set-up and I felt much better. I had a good race and I am confident of the final result, an overall 8th and 4th in MX2. We have saved the day in the 'corner', let's say! Now we will have about a month to prepare for the first race of the Italian Prestige Championship in Maggiora and we will concentrate on improving even more."