In Faenza, the first round of the Italian MX Prestige Championship, another positive weekend for the SM Action Yamaha Team. Renaux wins in the MX2 Elite class. Jacobi, unlucky in the first race, goes back to race 2 with a fifth place.

After the long pause caused by the coronavirus pandemic, national motocross kicks off on the historic track of the 'Monte Coralli' of Faenza (RA) with the first round of the Italian MX Prestige Championship.

To dress the colours of the Yamaha SM Action Team, there is Henry Jacobi # 29 in the MX1 Elite class and Maxime Renuax # 959 in the MX2 Elite class. Unfortunately, the young Andrea Adamo # 80 is absent due to a bad injury in training.

The weekend kicks off as early as Saturday with the various practice sessions: Renaux immediately shows himself to be very fast on his YZ-F250 and both in the official and timed practices, he hits 1st place and takes on the MX2 Pole Position Elite. Jacobi hits the 8th place in the official practice while in the timed practice he touches the 'top 10' closing with an 11th place. 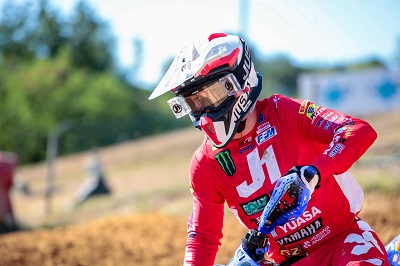 On Sunday morning, the drivers face race 1. Renaux has a great start. The Frenchman is immediately 8th and the first rider riding an MX2 motorcycle behind a large group of MX1 riders. In full vamp, however, Maxime comes into contact with a rider during the third lap and falls. Backward of numerous positions, he leads a race a comeback that takes him from the 20th to the 13th absolute position, resulting in 3rd in the MX2 Elite. Race 1 was unfortunate for the German Jacobi. After a good start that sees him driving up to the middle of the race close to the 'top 10', Henry cannot avoid a rider on the ground and after a ruinous fall that causes him irreparable damage to the bike, he is forced to take the path of box.

In the afternoon, the drivers face the second and decisive race. This time both riders of the Yamaha SM Action Team stay out of trouble. After an excellent start, both Renaux and Jacobi stabilized inside the 'top 5' and on the finish line of the sixteenth lap, they pass respectively 4th and 5th. Renaux is thus 1st in the MX2 Elite class, conquers the top step of the podium and wins the red table of provisional leader of the series. Jacobi, with the 5th place in the heats, wins the 9th place in the championship standings and hits the 'top 10'. 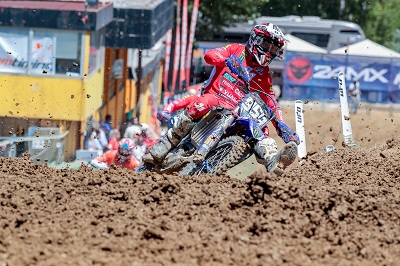 The next event that will see the SM Action Yamaha Team engaged on the track, is set for the week that will run from 9 to 16 August where three races of the FIM Motocross World Championship 2020 will be held on the track in Kegums, Latvia. For the Italian Championship MX Prestige, the appointment with the second round is postponed to the weekend of 29 and 30 August on the Umbrian track of Castiglione del Lago (PG).

Maxime Renaux # 959: “The race went well with good times and good speed. In race 1 I started well but then a contact with a driver and the subsequent fall backwards me I had to force the pace to vamp up to 12th place, on a track where it was not easy to overtake. In race 2 I started slightly behind but I recovered very well, I finished 4th and won the MX2. I am happy with today's result and I am ready for the resumption of the races in the MX2 World Championship. "