The GP of Turkey at Afyonkarahisar closed the 2022 World Motocross Championship season. The results gained by Adamo and Forato confirm a positive season for Action GasGas Racing Team Yuasa Battery. Both riders entered in the “top 10” Overall. In the General Classification Andrea finished 8th in the MX2, while Alberto finished 11th in the MXGP.

Since Free Practice already, the riders showed some good speed: Andrea was in P6 while Alberto was the fastest rider on track. In the following Timed Practice, they finished 10th and 7th respectively. On Saturday, at the Qualifying Race (which would determine the starting grid for Sunday’s races), Adamo had a solid performance and finished in P8, while Alberto closed in P11 without forcing more than necessary.

On Sunday, both riders made another two solid performances. In the MX2 Andrea made two good starts that located him in the “top 10” straight away, and while he kept a good pace, he managed to finish the races in 8th and 7th position, which gave him P7 OVerall. In the General Classification Andrea ended in 8th position, confirming himself in the “top 10” of the MX2 class and the best Italian rider of the quaeeeeeeeeeeeee class. 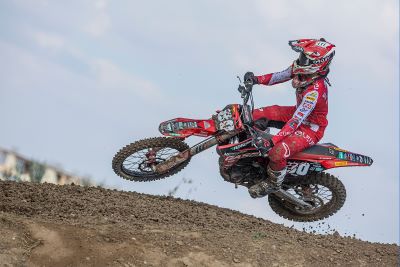 In the MXGP Alberto did not make good starts, as he was quickly out of the “top 10”, but the rider from Veneto made two excellent comebacks that gave him the 5th and the 7th place in the races, despite a crash in Race 2. With a P7 Overall, Forato confirmed himself to be the best Italian rider of the Top Class and the best rider without a factory team. In the General Classification, his season ended with 11th place, but the final result is ruined by three absences in a row happened in the Gp of France, Germany and Indonesia, due to his fibula injury. With possible points gained in these six races that he did not attend, Forato could have confirmed his presence in the “top 10”.

Now that the FIM Motocross World Championship has finished, the last appointment of the season for SM Action GasGas Racing Team Yuasa Battery will be on the 24th and the 25th of September, when the 2022 Motocross of Nations will take place at the American circuit of RedBud, and Andrea Adamo will represent Team Italy in the MX2. 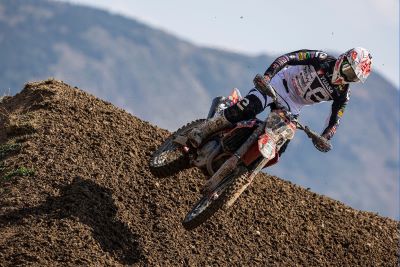 Andrea Adamo #80: “It was a quite solid race. I struggled to find my pace in Race 1 but in Race 2 I improved and I managed to finish 7th Overall. My season in MX2 ended with the final 8th place in the General Classification. It’s a shame for my small knee injury, without that I could have made a better result. I will rest a little and then start preparing to go to America, where the MXoN will take place”.

Alberto Forato #303: “The last appointment of the World Championship was good. On Saturday morning I was fast straight away as I finished 1st in Free Practice, but in Timed Practice I couldn’t make a good lap and I finished in P7. In the Qualifying Race, I finished even more in the back, in 11th position. In Race 1 I then started in the midfield and recovered until the 5th position; in Race 2 I had the same start again but due to contact with another rider I fell off and couldn’t make it better than P7. After all, it was good with the 11th place Overall and a P11 in the Championship, I finished 1st  among all the riders that don’t have a factory team”. 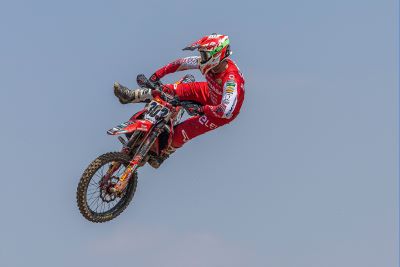