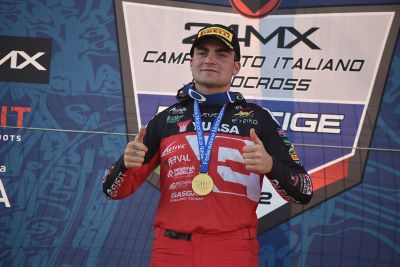 The MX PRO Prestige MX1-MX2 Italian Championship finished with the 6th and last round of the calendar at the freshly renewed circuit of Ciglione Della Malpensa (Varese, Italy), giving to the leaders their respective 2022 season crowns. 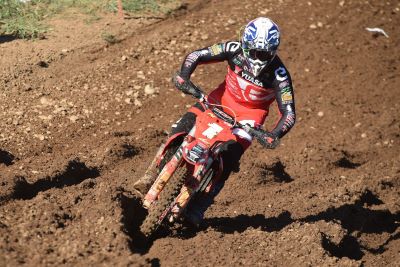 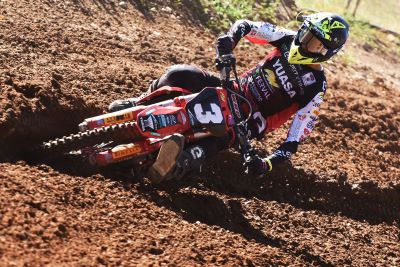 On Sunday morning, under the clear sun, the MX2 riders aligned for Race 1. Federico made an excellent start and he raced for the whole race behind the leader, conquering the 2nd position. Luca instead stayed for the whole race at the margins of the “top 20” after that he did not make a perfect start. Ruffini was in P19 after lap 1, and he finished the race in P16, 4th place in the Fast category. In Race 2, which took place in the afternoon’s first hours, Federico had an excellent performance, as he started very well in the “top 3” and finished in P2. Luca was again in the “top 20” at the start of the race but a little mistake that he made during lap 5 forced him to move back and finish in P20, 8th place in the Fast. At the end of the day, Federico, thanks to the points gained, won the first round of his career in the MX2 Elite, and he also ma and the final 5th position in the Championship. In the MX2 Fast Ruffini finished 5th Overall and entered in the “top 5” of the Championship as he ended in P5. 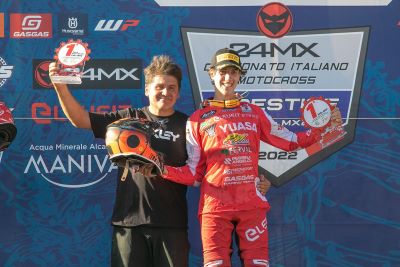 In Race 1 of the MX1 Alberto was the absolute ruler. After a great start that gave him the lead straight away, the rider from Veneto put a gap in very little ti, and he won the race with 30 seconds of gap from the rid the er behind. Thanks to the points gained, Forato won the MX1 Elite Italian Championship with one more race to the end, for the first time in his career. In Race 2 Alberto did the exact same work e did in the previous one, so he gained the lead straight away and he won once again with the 4th win out of 5 rounds, the 9th win out of 10 races, 4 double wins and 5 Pole Positions, the 2022 season ended in a very dominant way for Alberto. This result wishes good things for him and for the whole teas he was confirmed for the next season too. 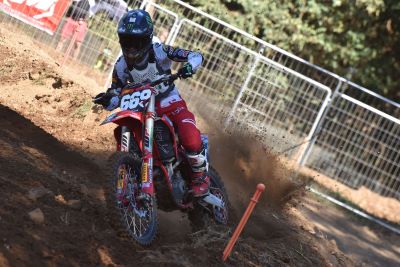 SM Action Team GasGas Racing Team Yuasa Battery, now that the MX PRO Prestige MX1-MX2 Italian Championship is finished too, will now have the last appointment of its season for the Motocross of Nations, at Red Bud, in America, where the team will support his rider Andrea Adamo who was summoned to represent Team Italy in the MX2 Class. The weekend on which the Motocross of Nations is scheduled is the 24th and the 25th of September.

Federico Tuani # 3: "It was a nice weekend. Saturday went well in qualifying even if I didn't force the pace very much because the track was a bit dangerous. On Sunday I made two good starts because I knew that on this track it was important to start from the front. In the heats, I rode concentrated and finally this victory arrived that paid off for me and the whole team after a difficult season made up of many sacrifices. So I want to thank my family, the team, Jacky Vimond, Maurizio Roma and all the people who have been close to me. Thanks again and see you next time."

Alberto Forato # 303: “The Italian MX Prestige Championship has also come to an end with Malpensa. This weekend also ended in the best possible way with the conquest of the Pole Position and two victories in the heats. The track was very particular, hard and with some treacherous steps but I managed to ride well. Now a bit of vacation and then we start working for next year."