Renaux entered the “top 5” at intu Xanadù - Arroyomolinos circuit for the GP of Spain despite two hard races in MX2. Jacobi (MXGP) and Fredriksen (EMX250) gained important points for their championships.

FIM Motocross World Championship continued its way towards the end of the season at intu Xanadù - Arroyomolinos circuit, where the GP of Spain took place.

On Saturday there were only young riders for the minor classes on track. After three GPs on sandy circuits, the Spanish track had a classic hard soil surface, which was not the best one for the Norwegian Fredriksen. After the 11th fastest lap time in Free Practice, Hakon finished Timed Practice in 13th position. In Race 1 he was 13th after lap 1 but he quickly made his way through the field to enter the “top 10”. During the last moments of the race, Fredriksen did not make any mistakes and thanks to a few overtakes he finished in 8th place. In Race 2 the start and the performance were quite the same as Race 1 for the Norwegian. The final result was a bit better though, as he finished 7th. At the end of the day, Hakon ranked 7th Overall so he then kept the 4th place in the General Classification of the Championship. 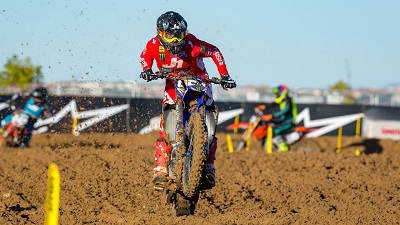 In the MX2, the French Renaux was fast straight away in Free Practice, when he finished with the 3rd time, as well as in Timed Practice when he made the same lap time. In Race 1, after a few corners from the start, Maxime gained the 5th position and he kept it until lap 6. He then moved back in 6th and he kept that place until the checkered flag. In Race 2 the performance of Maxime was similar to the previous one. He was 5th since turn 1 and he managed the whole race and defended well from his opponent’s attacks. At the end of the day, he ranked 5th Overall and he confirmed the 4th place in the General Classification, where he is still just a few points far back from the 3rd.

In the MXGP class, the German Jacobi finished Free Practice in 13th place and he improved a little in Timed Practice as he finished 12th. At the start of Race 1, Henry had a poor start but he quickly gained back a few places, racing in 15th position. In the central part of the race though, the German moved back, but he managed to recover and he finished the race in the same position as the start. In Race 2 the start was much better for Jacobi as he moved from 11th to 10th during lap 2. For the whole race, Henry kept that place but during the last lap, he was overtaken so he finished 11th. He ranked 13th Overall and he moved back one place in the General Classification as he is now 16th. 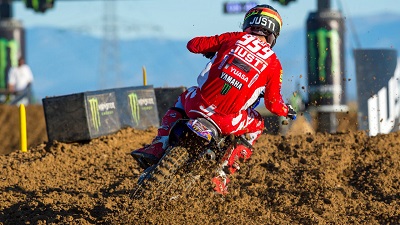 Maxime Renaux #959: “Today it didn’t go as I expected: I had the speed, considering the 3rd fastest lap time in Timed Practice, but then I struggled in both races to find the right feeling and the right lines on the track. I started from behind in both races and I struggled to recover. At the end of the day, I finished 5th Overall, and I hope I will make up for it in the next rounds at Lommel”.