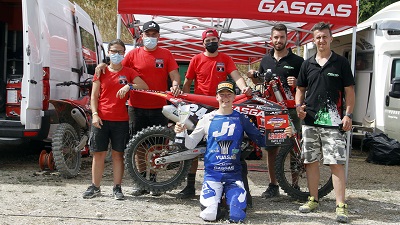 SM Action GasGas Racing Team Yuasa Battery extended its series of positive results in the weekend at Cavallara too. Horgmo classified 2nd of the day and kept the Red Plate of the MX2 Elite. Adamo finished just shy of the podium places and reinforced his 4th place in the Championship Classification. 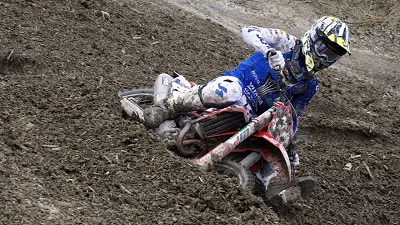 After a month of pause, the MX Italian Prestige Championship went back on its way with the 4th appointment of this intense 2021 season. The place that hosted the event was Cavallara circuit, an “old school” track located in Mondavio (Pesaro, Italy) which had a hard surface and a lot of uphill and downhill, so to go well, a good riding technique and the right throttle sensibility were required. 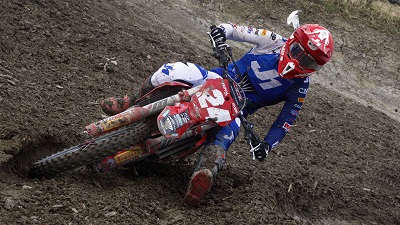 The Italian Andrea Adamo #80 and the Norwegian Kevin Horgmo #24 were deployed in MX2 for SM Action GasGas Racing Team Yuasa Battery. Alberto Forato #303 in the MX1, was still recovering from the knee injury that he suffered on training. 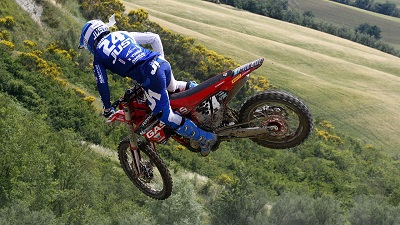 In the smaller class, both riders came from a strong result at Montevarchi, as they both conquered the podium, with the Norwegian that also gained the Red Plate of the MX2 Elite.

The good results kept coming at Cavallara too. On Saturday in the MX2 the riders were divided into three groups and Horgmo, who was assigned to group 1, finished Timed Practice with the fastest lap time. Adamo, in group 3, finished the session in 3rd place. On Sunday the riders of SM Action GasGas Racing Team Yuasa Battery went to the starting gate in 3rd and 7th place respectively. 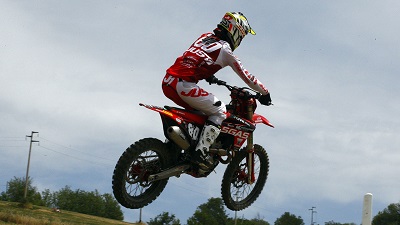 On Sunday the track surface was already very rutted when the participants went to the start of Race 1, but both SM Action GasGas Racing Team Yuasa Battery riders made a good start and begun the race in the “top 10”. Despite the few possibilities and overtaking trajectories, Horgmo and Adamo made some important overtakes as they gained the 2nd and the 4th place, which they kept until the checkered flag.
In Race 2 SM Action GasGas Racing Team Yuasa Battery riders were straight away in a good position as they made a better start than Race 1: Horgmo gained 2nd place, while Adamo the 4th before settling in 5th during lap 2. For the whole length of the race, Horgmo had a smooth pace, distancing his opponents and keeping the position until the checkered flag. Adamo, after a cautious beginning, when he lost a few places, managed to move up to the 3rd position, but during the final laps he made some little mistakes and he was overtaken, so he finished 5th. At the end of the day, Kevin conquered yet another podium as he finished 2nd. Adamo lost the podium for 10 points only and he finished 4th. The General Classification sees the Norwegian in the lead, as he kept the Red Plate. The Italian confirmed and reinforced his 4th place. 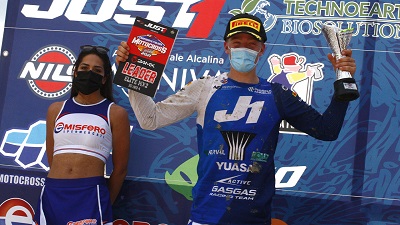 The fifth and second-to-last appointment of the MX Italian Prestige Championship is scheduled in two weeks' time. The track that will host the event will be the Castellarano Circuit located in Reggio Emilia (Italy).

On the 12th and the 13th of June, though, the FIM Motocross World Championship will start too with round 1 scheduled at Orlyonok in Russia, and Andrea Adamo will take part in the MX2 class race.

Andrea Adamo #80: “I had a good speed for the whole weekend but a few errors, especially in the last part of Race 2, didn't allow me to gain the podium today too. It's a shame because I had 5 seconds of the gap from my opponent and I could easily hit my target. I'm disappointed but happy at the same time for my performance in general. The World Championship will start in Russia the next weekend, and I can't wait to begin it. Bye, and see you next time”.