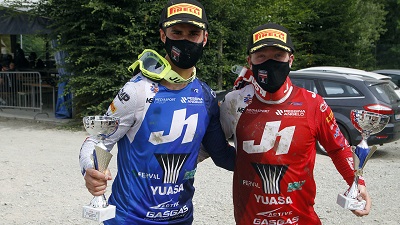 Once again a double podium for SM Action GasGas Racing Team Yuasa Battery at Castellarano for the 5th round of the Italian Championship. In the MX2 Elite, Horgmo finished 2nd, while Adamo 3rd. In MX1 good result for Forato in Race 2. 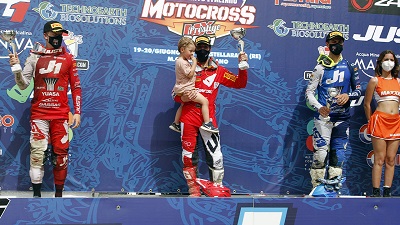 With no weekends of pause, the season continued for SM Action GasGas Racing Team Yuasa Battery which, after the round in Russia for the Motocross World Championship, went back to Italy for the second-to-last round of the Italian MX Prestige Championship. The place that hosted the event was the Castellarano circuit, in the province of Reggio Emilia, so it felt like a “home race” for the team.
Other than the usual riders in MX2, the Italian Andrea Adamo #80 and the Norwegian Kevin Horgmo #24, SM Action GasGas Racing Team Yuasa Battery also deployed Alberto Forato #303 in the MX1 class. 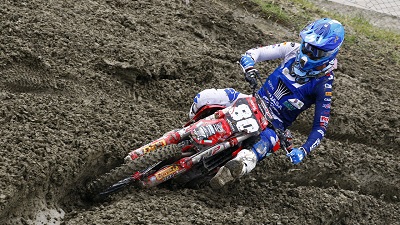 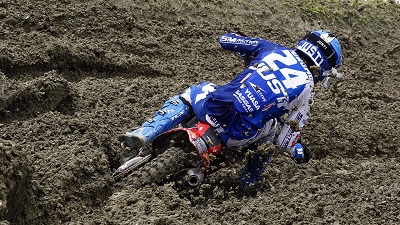 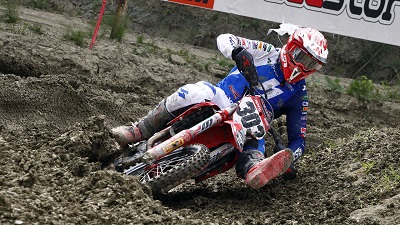 Free Practice showed already that the three riders of the team were in good shape and ready for the challenge. In group 1 of the MX2 Horgmo finished 1st and Adamo 2nd. In the MX1 group, 1 Forato was 2nd. In Timed Practice, then, the guys confirmed their speed: Kevin and Andrea finished 1st and 2nd in their group, and they went to the starting gate in 2nd and 4th place respectively. Identical performance for Alberto who finished 2nd in his group and went to the starting gate in 4th position.

On Sunday, when the riders went to the start of Race 1, the surface of the track was already very rutted and technical. SM Action GasGas Racing Team Yuasa Battery riders started very well in MX2, with Horgmo in 2nd place and Adamo a little bit further back. While Kevin administered his placement, Andrea accused some technical issues on his bike and that caused a mistake during the first laps. The Italian had then to give away a few places and he was 8th around half of the race. At the end of the 14 laps, Horgmo kept his placement and conquered another important 2nd place, while Adamo, who had to participate in a three-way battle, gained one position and finished 7th. 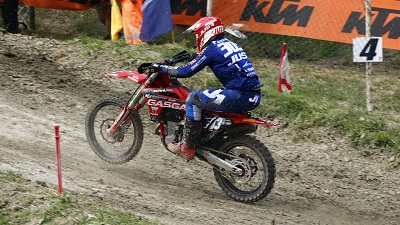 For Alberto, the first heat lasts just two corners. After a good starting point that sees him among the first, Alberto falls along the second corner but promptly gets up and starts again. in the rush to recover, however, he violently bumps his foot to the ground and his newly healed knee suffers. For the pain, the Venetian is forced to take the path of the pits.

The start of Race 2 for the MX2 duo was identical to the one of the previous race, and the guys occupied straight away the first positions but in inverted roles: Adamo was 2nd and Horgmo was 3rd. During lap 3 they swapped places and Horgmo started chasing the leader of the race. During lap 8, though, their positions swapped again, as Adamo overtook Horgmo to gain 2nd place. During lap 10 Horgmo, who had a loss of energy, overbalanced and fell off. The Norwegian did not lose his position but had to give up the battle with Andrea. The race finished with Adamo in 2nd place and Horgmo in 3rd. At the end of the day, both riders went to the podium, with Kevin in 2nd position and Andrea in 3rd. Horgmo also lost the leadership of the General Classification and he is now 2nd, while Adamo reinforced his 3rd place. 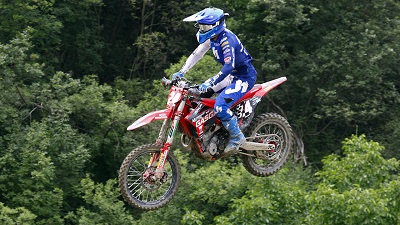 In Race 2 the start of Alberto was just out of the “top 10” but after a few laps he moved up some places and he gained 10th place. During the remaining laps, the rider continued his comeback and he finished with a good 7th place. At the end of the day, with only one positive result, Alberto classified 12th. In the General Classification, with only two races made out of five, he is 19th.

The next appointment for SM Action GasGas Racing Team Yuasa Battery will be the second round of the FIM Motocross World Championship, which will take place on the last weekend of June in England, at the spectacular circuit of Matterley Basin. In the same weekend, the EMX250 Championship will start its season too so the team will deploy all of its three riders. The final round of the Italian MX Prestige Championship will take place at the end of the summer instead, on the 28th and the 29th of August, when the riders will race at the Fermo circuit, in the Marche region.

Andrea Adamo #80: “It was a good race. I felt in good shape for the whole weekend. Unfortunately in Race 1, I broke the clutch in the formation lap so I had to make the whole race without it. It was hard but thanks to a good start I positioned in the front. Once I was there, I tried to keep my position and gain as many points as possible, despite a little crash. In Race 2 instead, I started in 2nd place and I tried to attack the leader of the race, but a mistake favored my teammate who overtook me. Towards half of the race, I took back the position taking advantage of his mistake. I’m happy with my speed and my pace. I could have done a little bit better in Race 1 but after all, it was a good weekend”.

Alberto Forato # 303: "It was a complicated weekend. I returned to the race after a knee injury and I wanted to test my level. Everything went well until the first heat. I started very well but in the second corner, I crashed and started last. In the rush to recover, during the first lap, I hit the ground again and my knee was affected. For the pain, I immediately took the path of the pits. In race 2 I started to test if everything was ok but I rode without risk because the track was very difficult and I finished 7th. Now I will prepare for the British GP. "