At the GP of Afyon, 9th round of the Motocross World Championship, excellent performance by Forato, who finished in P6 Overall in the Top Class. Convincing result for Adamo too, as he once again was shy of one place to enter the “Top 10” of the MX2.

The Turkish transfer of the FIM Motocross World Championship was completed with the GP of Afyon, which was the 9th round of the season and the turning point of the 2021 calendar, as it has 18 rounds in total.

Afyonkarahisar circuit hosted the races once again: it is an artificial track that has a pretty hard surface and its layout was slightly modified compared to the one that hosted the previous GP.

SM Action GasGas Racing Team Yuasa Battery riders, Andrea Adamo #80 (MX2) and Alberto Forato #303 (MXGP) were looking for redemption after the last round, which was strongly conditioned by some mistakes and bad starts, and their final results went way higher than what was expected. 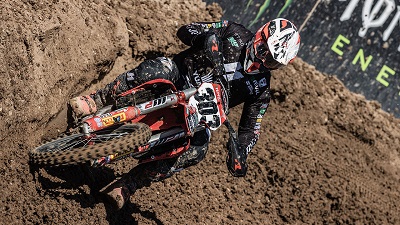 Wednesday morning at Afyon started with the 15th fastest lap time for Adamo in Free Practice, which was followed by the 8th position of Forato in MXGP. In the following Timed Practices, Adamo noticeably improved his performance with 11th place, while Forato confirmed himself in the “top 10” as he classified again in P8.

In the MX2, Andrea's performance went back to his seasonal level. The Sicilian started just out of the “top 10” and he finished 12th, avoiding mistakes and showing consistency and regular pace. In Race 2 the young Sicilian started well again and occupied P12. This time, his actions were more punchy and, thanks to two important overtakes, Andrea finished in P10. Adamo ranked in 11th position Overall, shy of only 1 point to the “top 10”, but he really showed that he is aiming and he is able to go higher. In the General Classification Adamo is stable in P15. 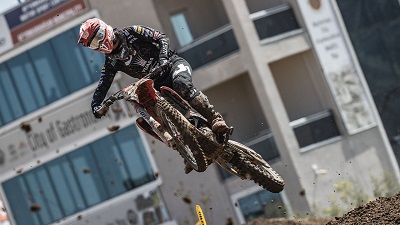 In the Top Class Race 1, Alberto made an excellent start and he positioned straight away in the “top 10”. From P10 the Italian rider made his way to the top places and after 5 laps he was 6th. From that moment on, Alberto rode perfectly, making excellent lap times, and he kept that position until the checkered flag, gaining the best result of his 2021 season. In Race 2, Alberto was once again quick at the start and after the initial long main straight he put his GasGas #303 in the “top 10”. During the 19 laps of the race, the rider from Veneto rode with authority, signing great lap times, and he finished in P7, which is another excellent result. At the end of the day, Alberto ranked 6th Overall, only 2 points away from the “top 5”. This was the best result of his “rookie” season in the MXGP class. Thanks to this result, Forato made a great jump in the General Classification as he moved up 5 places: he is now in 18th position and he entered the “top 20” of the Championship. 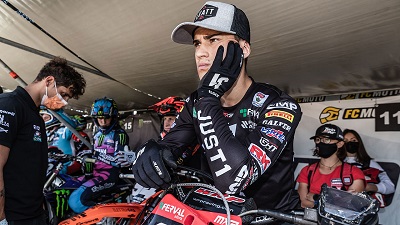 For its 10th round, the Motocross World Championship circus will go back to Italy, precisely at the Riola Sardo circuit in the province of Oristano, Sardinia, where on the 18th and the 19th of September the GP of Sardinia will be hosted. 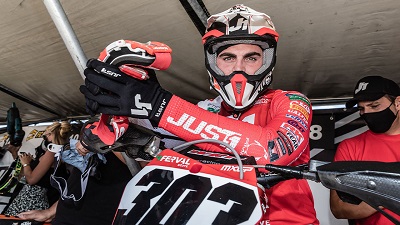 Andrea Adamo # 80: "It was a good weekend! A good qualifying and two good heats, with a very high pace. I could also aim for a better position given my lap times, but that's okay. "

Alberto Forato # 303: “Finally today everything went the right way. I had a good race since qualifying, with the 8th time which was then followed by 6th place in race 1 and 7th place in race 2. I'm very happy even if it was tough. Now the goal is to work hard to always get these results. "