The 2021 motocross World Championship season ended with the GP of the City of Mantua. Horgmo confirmed his “top” performance in the EMX250 Championship, as he was awarded the Silver Medal. Excellent result for Adamo too in the MX2, as he once again finished in the “top 10”. Forato did not participate in the race.

The 18th and last round, named GP of the City of Mantua at Mantua circuit, ended this long season of the FIM Motocross World Championship, which lasted six months and brought teams and riders against each other on many of the European circuits.

In the EMX250 Championship, the Norwegian Kevin Horgmo #24 dealt with the last appointment of the season with a great willingness to show once again his talent, as last Saturday he had a few issues and the weekend did not go as expected. In Free Practice the SM Action GasGas Racing Team Yuasa Battery rider did not have a good start, as he made the 24th fastest lap time, but he improved in the following Timed Practice with a P7 finish. 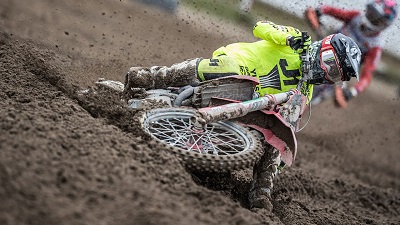 Kevin made the difference in Race 1. After a great start, when he had to untangle between the first two insidious corners, the Norwegian took 3rd place, which became 2nd place during lap 3. The last overtake, that gave him the lead of the race, was made during lap 9 by Horgmo, and he kept P1 until the checkered flag for his third win of the season. In Race 2, unfortunately, Kevin started in the back, and he closed lap 1 in 8th position. He was coming back well, but he made contact with another rider and fell off, moving back to P18. After a struggling comeback, Kevin managed to finish in P11, but this result did not give him the chance to jump on the podium for the last time of the season, as he finished 4th Overall. In the General Classification, though, Kevin finished in P2, so he achieved the target of the Silver Medal award, which was the icing on the cake of a season where he was always at the “top”, with three races won, two rounds won and six podiums. 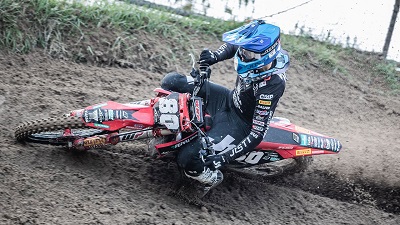 In the MX2 Andrea Adamo #80 finished 10th in Free Practice and 6th in Timed Practice, so he was aligned with his performances. In Race 1 Andrea had a discrete start and occupied P14. After the first laps, he made up two places and he took advantage of some mistakes made by the riders ahead of him, so he grabbed 10th place. Andrea then, during the last laps, made another overtake and he finished the race in P9. In Race 2 Andrea was once again in 14th position after the first exciting moments, but after a few laps, he managed to gain 10th place, which he kept until the finish line. Thanks to these two great results Adamo entered for the second time of the season in the “top 10”, ranking in P10 Overall and closing his first rookie year of MX2 in an excellent 14th place in the General Classification. The SM Action GasGas Racing Team Yuasa Battery young Italian rider had a great end of the season, in which he showed speed, effectiveness, and determination, things that give him a good potential for the future. 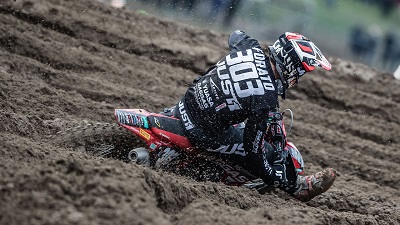 In the MXGP Alberto Forato #303 entered the “top 20” in both morning sessions. In Free Practice he finished in P16, while in Timed Practice he was 18th. Unluckily, though, due to an intestinal virus that harassed him since the morning, Alberto decided not to take part in the race. His rookie season in the MXGP class ended with 18th place in the General Classification, with some good performances like in Afyon and France, where Alberto entered in the “top 10” of the day. These results show that he can easily stay in the top positions in the future.

The season has now ended nationally and internationally for SM Action GasGas Racing Team Yuasa Battery, so the team will now pause its operations before starting the winter preparation for the 2022 season, which will bring as usual many news.

Kevin Horgmo #24: “It was hard in Race 2, but I’m happy that I won Race 1. I struggled in the previous GP so I’m happy for today’s improvement. The season has been long and difficult, and I’m happy that I finished without injuries. I’m ready for the next season. I’d like to thank my whole team, the sponsors, and all the people that surrounded me and made this season so incredible. Their support was the best”.