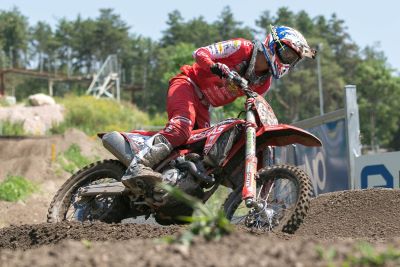 The “Ciclamino” circuit at Pietramurata hosted, on the second to last weekend of June, the fourth round of the Italian MX PRO Prestige MX1-MX2, and also opened the second half of the 2022 season, which, after a long summer break, will end its journey with the rounds at Fermo and Malpensa (Varese, Italy).

SM Action GasGas Racing Team Yuasa Battery went to the event and deployed its two young riders Federico Tuani #3 and Luca Ruffini #699. Alberto Forato #303, who is the leader and -with no Doudou the ruler of this season, was instead not there. 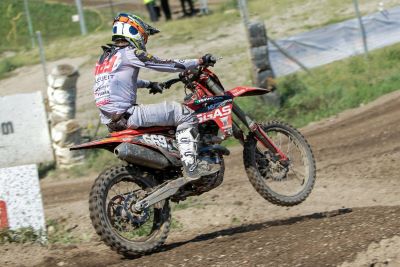 On Sunday morning, Race 1 start was excellent for both GasGas riders. At the end of lap 1, Federico passed by the finish line in 3rd place while Luca was 5th. During the opening laps, Tuani maintained his position by defending from an opponent’s attacks; Ruffini instead made a mistake and found himself in P15. During the 16-laps-long race, the rider from Tuscany passed many times from the 3rd to the 4th place and vice versa, and he crossed the finish line in P4. The young rider from Lombardia, instead, moved up a few places and he finished in P11, 4th of the Fast category.

MX2 Race 2 confirmed what was good from the previous race. Federico made another excellent start and, from his initial P5, managed to finish in P4 after that he was even 3rd. Luca, who started in 18th position, managed to recover many places and he finished 11th. 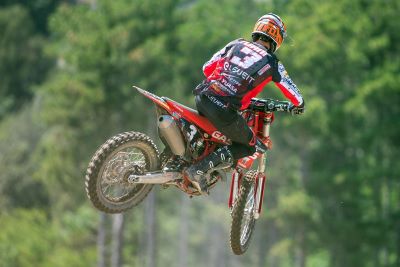 The 5th (and second-to-last) round of the MX PRO Prestige Italian Championship MX1-MX2 will be hosted at the circuit of Fermo, in the Marche region, and we will have to wait until the 28th and the 29th of August for it to take place.

Federico Tuani # 3: “Finally it was a good weekend! In race 1 I started around 10th position but on the first lap, I tried to get as far forward as possible to stay with the best group. It was a difficult heat because I have always had riders who put “pressure” on me so I pushed a lot throughout the race and I finished 4th. In race 2 I got a better start but unfortunately, I didn't feel great from the start and I struggled to overtake the riders in front, finishing 4th once again. The third of the day was a good motivation for the next races. Thanks to my family, Jacky Vimond, my team and all those who always help me. "

Luca Ruffini # 669: “On Saturday in free practice I immediately felt good with the track and set the 7th fastest time. In qualifying I managed to do a better lap, finishing in 5th position and therefore 10th overall. In the first heat, I made an excellent start in 4th position but after a couple of laps, when I was 5th, a crash made me relegate 13th and I finished 11th overall and 4th in the Fast. In the second heat, the start was not the best, around 18th position. I managed to recover up to 11th overall and 2nd in the Fast. In the day’s standings, I was 11th overall and 2nd in the Fast, hitting the first podium in MX2 !! I am happy with the result and now we are working to always stay there