Andrea Adamo, after the overseas round of Samota-Sumbawa, which hosted the GP of Indonesia, is closer to the “top 5” of the MX2, thanks to two solid races that awarded him the 5th place Overall. 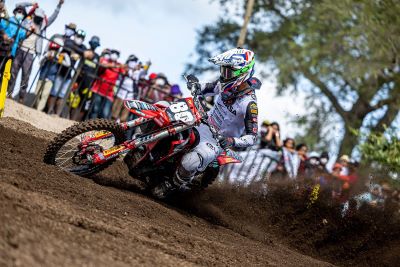 After a week of stop, that was needed to organize the intercontinental round, teams and riders landed in Indonesia for the second overseas GP of the season, which was hosted by the new circuit of Samota-Sumbawa, a winding track that is plenty of natural uphills and downhills and is hard-surfaced.

SM Action GasGas Racing Team Yuasa Battery only deployed the young Sicilian Andrea Adamo #80 in the MX2, as Alberto Forato #303 was not there due to the recovery from his injury. 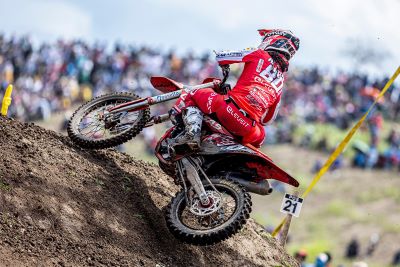 Andrea finished Saturday’s Free Practice in 2nd place, while the GasGas rider finished the following Timed Practice in P6. In the Qualifying Race on Saturday afternoon Adamo was 7th after lap 1 and after that, he passed a few laps in the middle of the race in P6, he then finished 7th.

On Sunday morning, when the riders start race 1, Andrea is immediately in the 'top 10' after the start but in the rush to overtake, he crashes and is forced to recover. Throughout the seventeen laps of the race, the Sicilian manages to climb from 11th to 7th place.

At Race 2 start Andrea had a better start, and after the first detection point, he was in P3. During lap 10 Adamo was forced to leave a way to a faster rider and at the checkered flag, he was 4th. With the two results that he obtained, he finished the GP of Indonesia with a P5 OVerall. In General Classification he confirmed his 6th position but he is now closer to the “top 5”, as he reduced the gap from the rider in 5th place a lot. 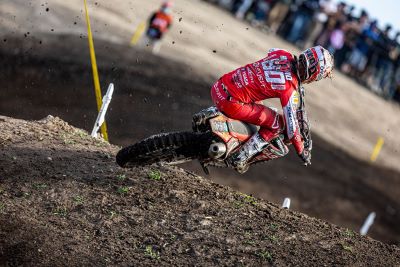 The next round of the FIM Motocross World Championship will be the GP of the Czech Republic, but it will need three weeks to see the riders on the track. The sand-surfaced track of Loket will host the 13th round of the season on the weekend of the 16th and the 17th of July.