Lommel hosted the 14th round of the World Championship season. In MX2 Adamo had two solid races and he entered once again in the “top 10”. In the MXGP Forato gained points in both races despite a not optimal physical shape. In the EMX250 Tuani finished 11th Overall, while Ruffini stopped its ride at Timed Practice. 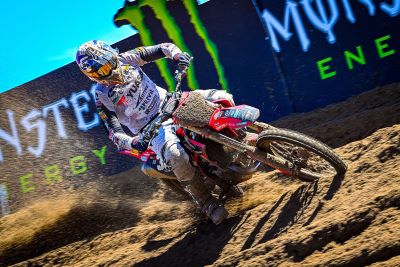 FIM Motocross World Championship made its way to Belgium, at the Lommel circuit, for the 14th round of the calendar. The track is considered one of the hardest in the world, regarding its characteristics. The deep sand of its surface makes it so challenging for the riders and the bikes, which requires excellent athletic preparation,  good riding technique and a well-performing bike. Next to the guys of the World Championship, the EMX250 Championship riders were there too for their 7th round of the season. 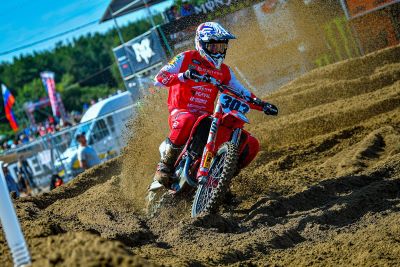 On Saturday morning, the first riders to go on the track were the EMX250 ones. Both assigned to group 1, the SM Action GasGas Racing Team Yuasa Battery riders behaved well. At the end of Free Practice, Federico was in P7 while Luca was in P15. In the following Timed Practice, though, only Federico was able to repeat the performance as he finished in 8th place and qualified for the race. Luca, instead, did not make it better than 22nd place and he finished beforehand his racing weekend.

In Race 1 Tuani had a good start and was positioned in the leading group, but lap after lap he was re-absorbed by the group. At the end of the 14 laps-long race he finished 15th after that he was in P12 until 3 laps to go. In Race 2, on Sunday morning, Federico had a good start again, and he was close to the “top 5”. In the following laps, the rider from Tuscany had to give up a few places and went out of the “top 10”, but in the middle of the race he managed to recover a few places and he passed in P10 by the checkered flag. With the result obtained in the races Federico ranked in 11th place Overall; in the General Classification, instead, he made up two places and he is now 22nd. 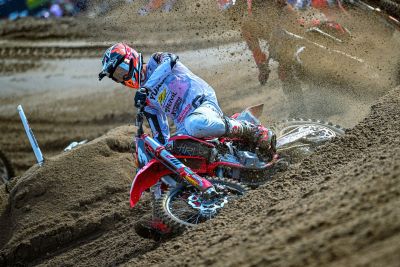 In the MX2, Andrea’s Saturday started with the 15th fastest lap time in Free Practice. In the following Timed Practice, the Sicilian had a little improvement and he finished in P12. In the Qualifying Race, Adamo was almost perfect at the start and after turn 1 he made it to 2ndplace. After a few laps, the GasGas rider found his pace and, at the end of the race, he finished in P5. Andrea confirmed his speed and determination in both races, putting in some decent performances. The 8th position in Race 1 -after a long recovery, and the 6th position in Race 2 gave to the Sicilians the 8th place Overall. In the General Classification Adamo is now back in 6th place.

In MXGP Alberto made a good performance in Free Practice as he finished in P8. At the end of Timed Practice, the rider from Veneto confirmed his competitiveness on the deep Belgian sand as he stayed in the “top 10”, in P9. Forato’s Qualifying Race, though, was heavily conditioned by a mistake that he made during lap 1, which made him move back a lot of places after that he had a good start inside the “top 20”. Alberto then finished in P19. On Sunday Alberto controlled the damages. He was forced to recover while not having a “top” performance with his physical shape, and he finished both races inside the points area, as he ended in 18th position in both races. He gained 6 points and finished in P19 Overall; he lost a position in the General Classification and is now in 15th place. 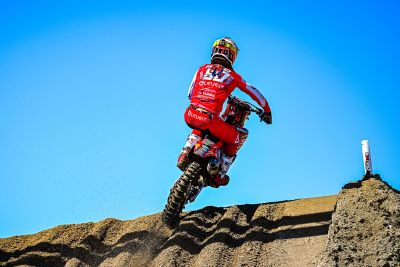 The 15th round of the FIM Motocross World Championship is scheduled on the weekend of the 6th and the 7th of August at the Udevalla circuit, in Sweden. The EMX250 riders will be there too once again for their 8th round of the Championship.

Federico Tuani #3: “This weekend went very well. In Free and Timed Practices I made good lap times and I had a good feeling about the bike and the track. In Race 1 I had a good start but I struggled to find some good pace, and I finished 15th. It was a pity, considering that I could have made a better result. In Race 2, instead, after another good start, I decided not to leave the leaders straight away and I finished in P10. After all, 11th place Overall is a good result on the sand of Lommel. I’m happy because good results are coming, after all the hard work that we made in the past month. I want to thank my Team, my family and Jacky Vimond.”

Andrea Adamo # 80: "It was a good race. I'm happy because I knew it wasn't going to be easy. Unfortunately in race 1, a contact on the first lap forced me to recover from the last position. In race 2, on the other hand, I had a good pace and finished 6th. "

Alberto Forato # 303: “It certainly wasn't one of my best weekends. I knew it was going to be tough and I struggled with my recent injury and little training behind me. On Saturday I crashed in the qualifying heat and also on Sunday, during the race, there was no shortage of mistakes. Now there is a week's break before the test in Sweden and I will try to improve my preparation. "