The GP of Sweden, which took place at the historical circuit of Uddevalla, saw Forato going back to the “top 10” of the MXGP, as he finished 9th Overall. In the Mx2 Adamo was forced to retire during the first laps of Race 1 due to an injury. In the EMX250 both Tuani and Ruffini struggled with the hard surface of the track, and only Federico managed to enter the points area in Race 2.

For the final rush of this intense season, FIM Motocross World Championship stayed in Northern Europe after the round at Lommel, Belgium, and teams and riders went back to one of the historical European circuits, Uddevalla, in Sweden 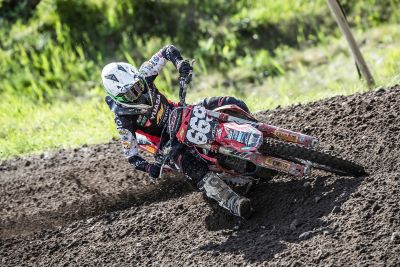 Saturday started with EMX250 Free Practice: Tuani made the 17th fastest lap time, while Ruffini finished 32nd. In the following Timed Practice Federico stayed in the “top 20” as he was 18th, while Luca slightly improved his performance and he finished 28th. In the first hours of the afternoon, the riders aligned for Race 1. Tuani’s race was heavily conditioned by first a bad start that forced him to recover from P35, then by a bad crash that followed contact with another rider, which caused his retirement when he was 21st. Another rider that stayed out of the “top 20” was Ruffini, who started in P26, moved up to P21 and then finished the race in 22nd position. In Race 2, which took place on Sunday, Tuani made a good start; after lap 1 he was 6th. During the 16-laps-long race, though, Federico did not mainstay with the top riders and pped out of the “top 10” little by little, finishing the race in P16. Ruffini had a discrete start too, in the “top 20” after lap 1, but then, as well as his teammate, he moved back to P31 at the checkered flag. At the end of the day th, the SM Action GasGas Racing Team Yuasa Battery finished 19th and 34th respectively in the General Classification, thanks to the 5 points gained in Race 2, Federico moved up one place and he is now 21st. The double zero did not make any difference to Luca’s standing. 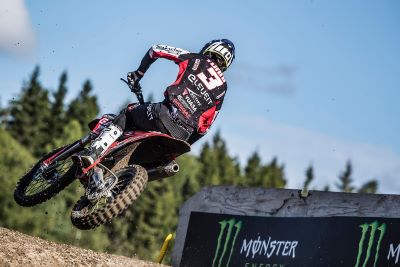 In the MX2 Andrea did not find a good feeling straight away with the Swedish track he ended Free Pra ct, ice in P12 and Timed Practice in P14. In the Qualifying Race, though, the Sicilian made a good start and, after that he was 9th during l, Lap 1, he finished the race in 8th place. On Sunday, Adamo’s Race 1 started in the best possible way, as he was so close to making the “holeshot”.makinger 4 laps, when he was in P5, Andrea suffered an injury to his left knee, even though he did not crash, and he was forced to retire. As he did not take part in Race 2, the Sicilian made a double zero that moved him back to 7th place in their Classification. 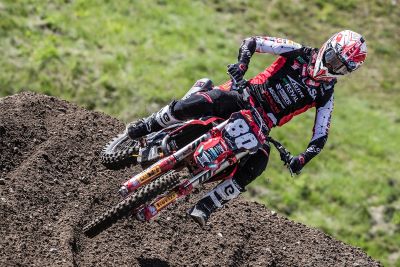 In MXGP Alberto showed straight away good speed, and in Free Practice he was shy of a place in the “top 5”, and ended P6. In the following Timed Practice the rider from Venue, o ranked 11th. In Qualifying Race, Forato moved up str, right away a few positions and, from P16 where he was, he finished in P12. In Race 1, on Sunday, Alberto was 16th at the end of lap 1, and he quickly started his recovery which made him move just out of the “top 10”. Once the race was finished, GasGas #303 cross the line in P11. In Race 2 Forato’s start was a lot better. He was in 9th place after lap 1, he quickly found his pace and he stayed the whole race in P10, which was his final placement. Thanks to points that he gained the d, Alberto entered in the “top 10” of the day, ending the weekend in P9 Overall. In the General Classification, he moved up one place and he is now 14th.

Andrea Adamo #80: “Unfortunately in Race 1, after an excellent start, I twisted my knee when I was in P5, and I had to retire due to the pain. Tomorrow I will do all the checks and we will see…I hope I’m still ok”.

Alberto Forato #303: "It was a good weekend where I immediately found a good feeling with the bike and with the track. This week's break before the race helped me to recharge my batteries and I'm finally going back to riding as I know how to do. Small flaw streets but I still did two good heats and I'm very happy. "