Maggiora hosted the first round of the Italian MX Prestige 2021 Championship and, in the MX2, SM Action GasGas Racing Team Yuasa Battery jumped straight away on the podium with Horgmo, 2nd overall. Good race for Adamo too, who entered in the “top 10”. In the MX1 Forato finished 5th overall thanks to an excellent 3rd place in race 1.

The Internazionali d’Italia Motocross Eicma Series finished a month ago, and teams and riders went back to the tracks on the second weekend of April for the opening round of the Italian MX Prestige Championship at one of the most historical and important circuits of Italy, the “Mottaccio del Balmone” in Maggiora, in Novara province. 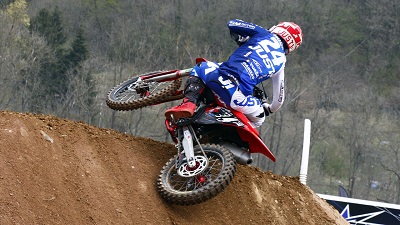 On Sunday morning the surface of the track was in well worse conditions than the previous day, due to the great amount of rain that dropped during the night. The first riders that went on the track were the ones of MX1. Alberto made a good start and he entered in the “top 5” after turn 1, gaining 4th place. After a few laps, in which he adapted to the muddy conditions of the surface, Alberto moved up to 3rd place and after a regular paced race he kept the placement until the checkered flag.

In MX2's first race, Horgmo started very well and before the end of lap 1, he gained the lead of the race, which he kept until lap 6 due to fatigue of his forearms and some lapped riders, as he was overtaken and moved down to 2nd place. He managed to keep that position until the end of the race. Adamo after the start was a little bit further back, as he was just in the “top 10” in 10th place. His pace was steady and after that, he even moved up to 8th place he finished the race in 9th. 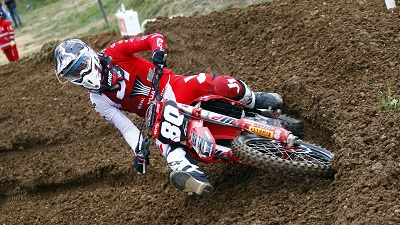 The race 2’s were scheduled for Sunday afternoon. The circuit was drier than the morning but also more rutted and insidious. In the MX1 Alberto was not able to repeat the excellent start of race 1 and he moved out of the “top 20” after a small crash. For the whole race, he was forced to recover and after an awesome comeback, he cut the finish line in 9th place. In the Overall Classification, he entered the “top 5” in 5th place, demonstrating to have speed and good physical condition.

In the MX2 the Finnish Horgmo had another sensational race, as he started in the lead and he kept 1st place for many laps. Towards half of the race Kevin was overtaken but once he was 3rd he well managed his position and he kept it until the end. In the Overall Classification, he resulted 2nd and he conquered his first podium on his GASGAS for Team SM Action GasGas Racing Team Yuasa Battery. Andrea Adamo had the same solid race that he had in race 1, as he entered the “top 10” with the 8th place. In the General Standings, the Sicilian made it to 9th place. 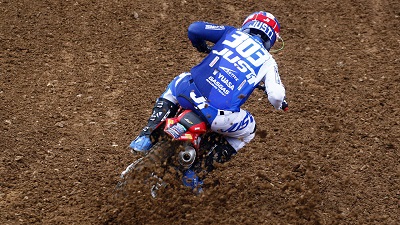 The second appointment of the Italian MX Prestige Championship is scheduled for the weekend of the 24th and the 25th of April at the “Città di Mantova” international circuit, in Lombardy, Italy.

Andrea Adamo #80: “On Saturday in Qualifying I made a discrete result. Sunday, instead, after the rain, was not a great day for me. The surface was difficult for everybody, but for me particularly. We will look into it with the team to understand what we need to change on our bike to go back to the top the soonest. Thanks, to the next one”.

Alberto Forato # 303: "It was a good weekend and despite the heavy rain, the track held up well. In the first heat, I got a good start and finished 3rd. In the second, I found myself behind after a fall in the first and I recovered up to 9th place. The next race in Mantua and we are working to improve even more. Hello."